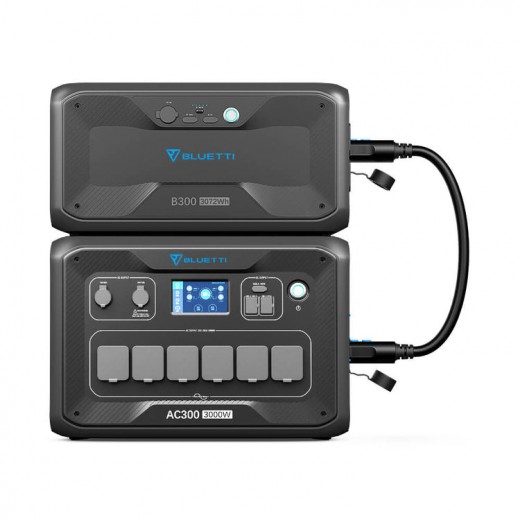 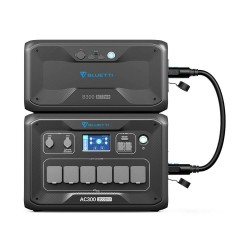 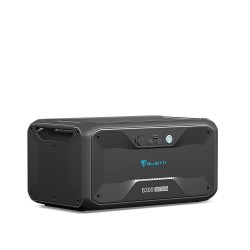 Expand Your Power At Will

PowerOak Bluetti AC300 is 100% modular and can accept up to 4×B300 (3,072Wh per pack) battery modules per unit, adding up to a total of groundbreaking 12,288Wh – Power your whole families basic needs for DAYS during emergencies or power outages!

Time to plug into full-time solar life! PowerOak Bluetti AC300 is now capable of receiving 2,400 watts of unrivaled solar charging input. With PowerOak Bluetti advanced MPPT controller, you can juice up a B300 (3,072Wh) battery module as soon as 1.5hrs Use only the sunshine!

Packed with a 3000 watt pure sine wave inverter and able to adjust the AC charging rate (no need for a power brick, one charging cable will do just fine). The AC300 power system can also be charged at 1800W to 3000W via wall outlets according to your needs.

Waiting for recharging is never a pleasure. With both the wall outlet and solar panels plugged in, the AC300 can support up to 5400W* horrendous total input rate. Plug the system in before you pack up for the camping, and your power will be ready when you are.
*The 5,400W input rate combines 2,400W solar and 3,000W AC, which requires at least two B300’s packs. Or the input rate would be limited to 3,000W with only one B300.

Not just for outdoor use, with PowerOak Bluetti Smart Home Panel, you can also tie the AC300 power system to your home grid and get rid of the trouble from power outages once and for all.

Everything You Want, In One 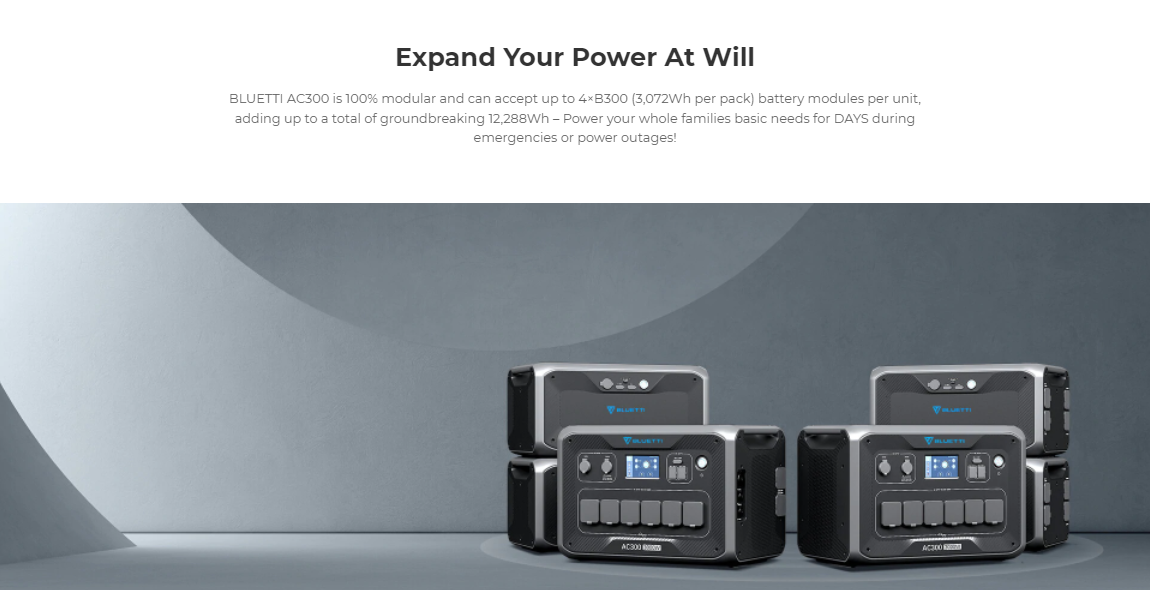 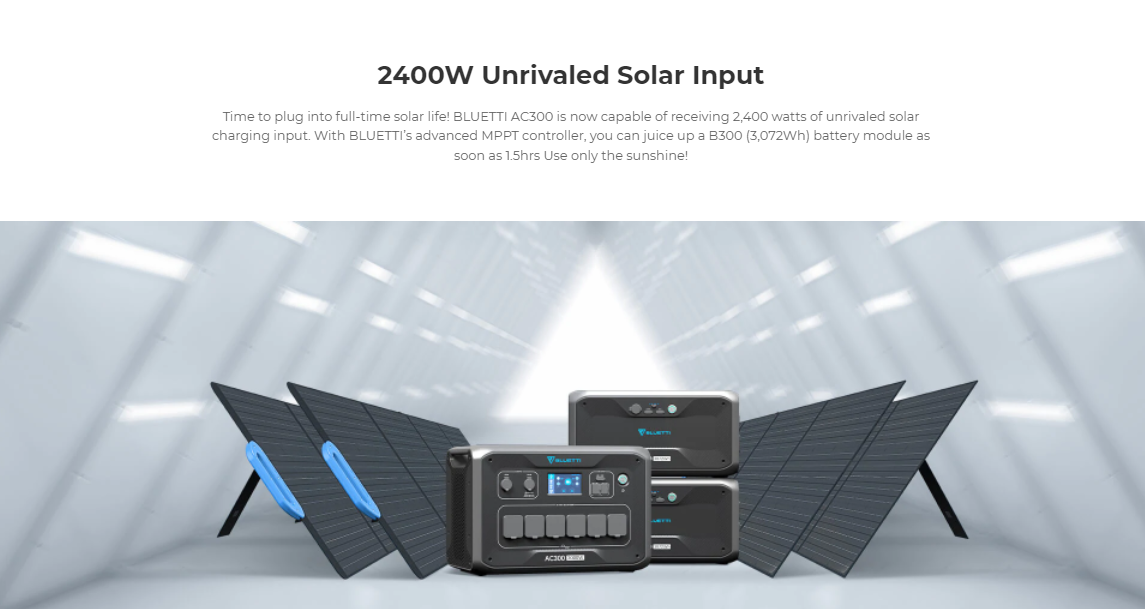 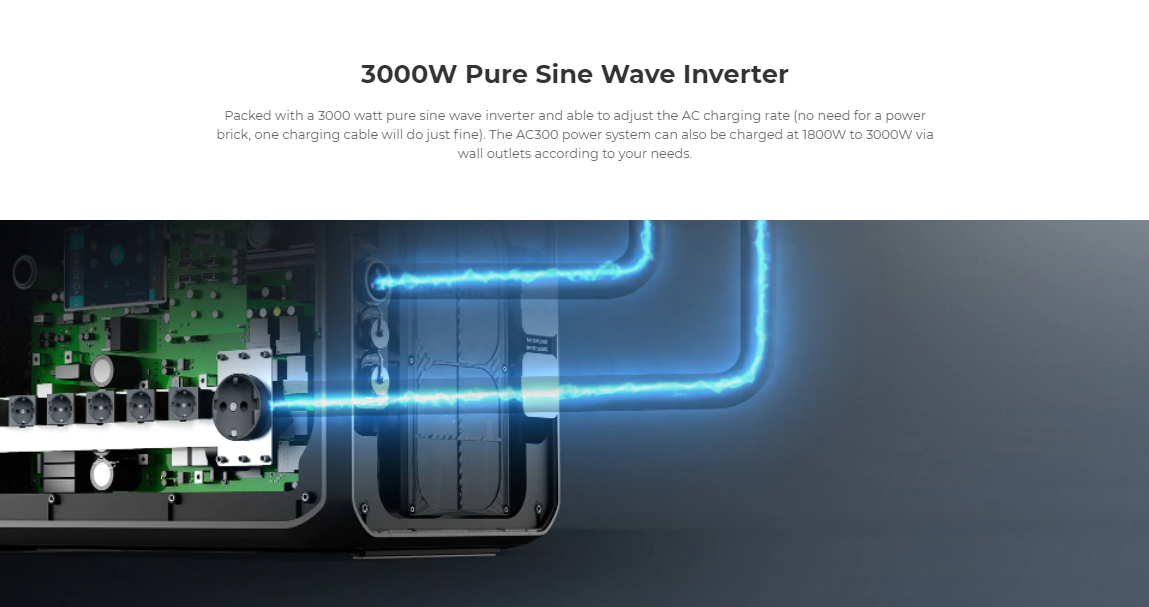 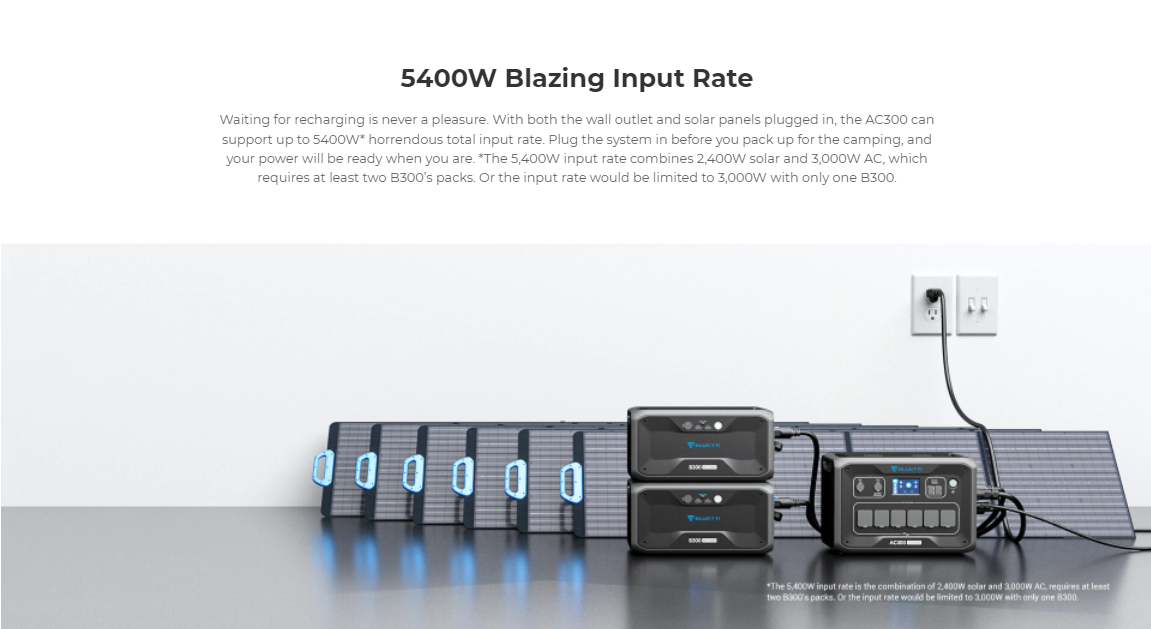 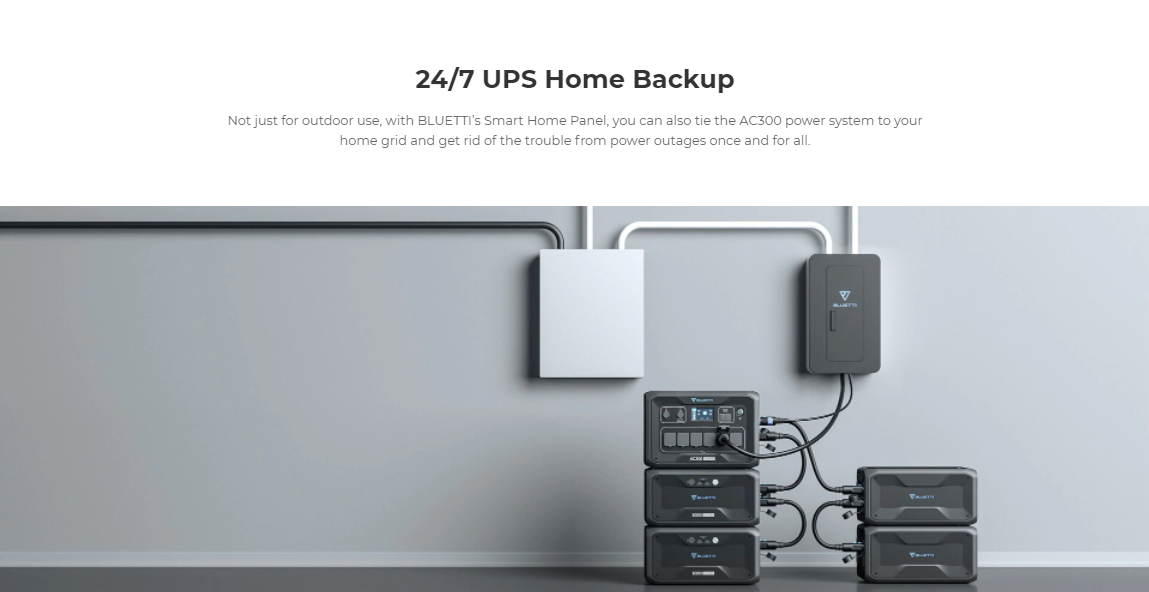 Remove selected from your cart?
OK Yes No